Formed in 1971, the award-winning Channahon Park District maintains numerous parks and facilities, and plans a variety of programs and activities for all ages throughout the year. The Channahon Park District has over 380 acres of public parks. Major facilities include 122-acre Community Park, 48-acre Central Park, 166 acres at Heritage Bluffs Public Golf Club and the newest additional of 76-acre Arroyo Trails, a Discovery Woodlands. These locations include lighted sports fields, trails, playgrounds and picnic space. Community Park includes a Disc Golf course and a trail system. Central Park is the home of SK8 Zone skate park. Neighborhood parks are currently located in 18 areas.

The Channahon Park District operates many of the area’s premier recreation destinations. Heritage Bluffs Public Golf Club is a nationally rated 18-hole golf course. A complete golf shop and a full-service restaurant provide every amenity for golfers and non-golfers alike. The course is also designated as an Audubon Cooperative Sanctuary, the 27th course in Illinois and the 379th in the world to receive the honor, in recognition of the course’s environmental stewardship practices. 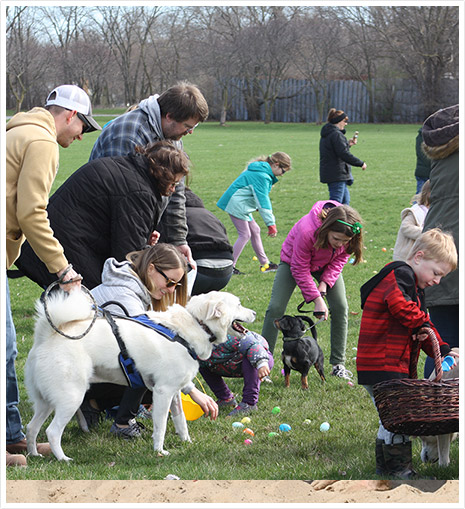 The Channahon Park District is located 50 miles southwest of Chicago in Will and Grundy Counties, Illinois. The boundaries include all of the Village of Channahon, unincorporated areas within Channahon Township and the Will County portion of the Village of Minooka. As the Village of Channahon’s boundaries extend westward into Aux Sable Township, the Park District will grow with the Village. Joliet, Minooka, Shorewood, Morris, Elwood and Wilmington are all neighboring communities. History of the Park District Channahon may be among the oldest venues for recreation in Illinois. Native Americans called the area ‘The Meeting of the Waters’ for the convergence of the DuPage, Des Plaines, and Kankakee Rivers that meet and form the Illinois River. Many traveled to the area for relaxing, fishing, and horse racing.

The Channahon area grew rapidly with the construction of the I&M Canal in the 1830s and 1840s. The canal provided the first complete water route from the east coast to the Gulf of Mexico by connecting Lake Michigan to the Mississippi River by way of the Illinois River. One hundred and thirty years later, the canal also played a role in the formation of the Park District. Community support for the referendum to form the Park District was strengthened by the planned closing of the Channahon Access to the I&M Canal, now known as Channahon State Park, by the Illinois Department of Conservation (DOC). The new Park District was a method to maintain the State Park for community use under a lease with the Illinois DOC.

In the mid-1970s, the Park District acquired approximately 120 acres of the Scarcelli Farm east of Interstate 55 on Canal Road. With the cancellation of the state park lease by the Illinois DOC, planning commenced to develop the property into the Park District’s first owned park. The result, Community Park, remains the Park District’s largest land holding.

The approval of a park site contribution ordinance by the Village of Channahon in the late 1970s, mirroring the Naperville Ordinance which required park land to be addressed through residential developer contributions, allowed the Park District to expand its holdings. Eighteen of the Park District’s park locations were obtained under the ordinance.

Before obtaining its own program facilities, the Park District utilized many local partnerships, most significantly the Manor Motel pool for summer swim lessons and Channahon School District 17 gymnasiums for indoor activities.

The Park District’s long-sought plans for an aquatic facility and a golf course were realized in 1993, with the opening of Tomahawk Aquatic Center and Heritage Bluffs Public Golf Club. Heritage Bluffs was quickly recognized as one of the finest public golf facilities in the nation, and has garnered numerous awards throughout its 26 years. 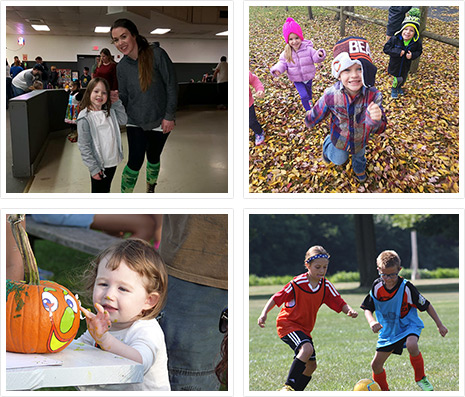 A National Park and Recreation Association National Gold Medal Finalist in 1996 and 1997, the Park District was named the Grand Award Winner in 1997 as the top public park agency in the country with a population under 25,000.

Playing a lead role in community partnerships has continued to help the Park District grow and expand services. The most significant has been the development of Heritage Crossing Field House with Channahon School District 17 in 2003. Constructed with Channahon Junior High School, the facility has been a model for intergovernmental cooperation in facility development and use.

Since the firm was established in 1995, PROS has completed more than 900 projects in over 47 states and numerous projects internationally in six countries.

Management consulting and planning services offered by PROS span the full spectrum of planning needs for public agencies, and are grouped into the following practice areas:

The project will be led by Neelay Bhatt with strategic oversight by Leon Younger and supported by Will Younger and Sarah Durham from the PROS Team.

The ability to Effectively Listen & Involve Citizens and Clients has given ETC Institute a reputation as one of the premier public policy market research firms in the country. ETC Institute’s services focus on involving citizens, users, and stakeholders in the decision making process and developing creative and sustainable funding strategies.

Core services of the firm involve conducting statistically valid phone and mail/phone services and related market research. They have conducted more than 600 surveys for parks and recreation systems in 46 states across the Country for a wide variety of projects including parks and recreation master plans, strategic plans and feasibility studies.